Share a memory
Obituary & Services
Tribute Wall
Read more about the life story of John and share your memory.

John was born on July 11, 1942 to Frank and Florence Cahill, in Elizabeth, NJ. In 1971, John married Patricia A. Cahill (nee Hondo) in Elizabeth, NJ. John and Patricia were married for 51 wonderful years. They were parents to four children, John B. (Tara Jane Muir) of Mt. Pleasant SC, Patricia DeSalvo of Clark, NJ, Timothy Cahill (Lisa Tocco) of Clark, NJ and Robert Cahill (Kelly Ferrara) of Kenilworth, NJ. In addition, he is survived by his seven grandchildren, Samantha DeSalvo, Jessica DeSalvo, Gwendalyn Cahill, Dillon Cahill, Robert Cahill Jr., John B. Cahill III (Jack) and Bradley Cahill. John was predeceased by his parents, Frank and Florence Cahill and his in-laws Theodore and Helen Hondo.

John graduated from Oratory Prep in 1960, he enlisted in the Army where he was stationed in Korea. Upon his honorable discharge from the Army, he began working for the Summit Bank Corporation; while working he enrolled in Kean University. After graduating with a degree in Education, John continued to work at Summit Bank where he retired after 23 years of service. He then went on to work 10 years as the Borough Clerk / Administrator for the Borough of Dunellen, NJ. Additionally, John also was an Adjunct Professor of Government in the Bloustein School of Government, Rutgers University.

John was an active member of the American Legion Post 328 of Clark, NJ and a 4th Degree member of the Knights of Columbus Council 253 of Elizabeth NJ. He was an Assistant Scoutmaster of Troop 145 of Clark NJ. John served on the New Jersey Juvenile Conference Committee of the Superior Court for 25 years. He was a dedicated parishioner of St. John the Apostle in Clark NJ. John lived a life of service; whether it be mentoring others or helping those in need.

Friends and visitors are invited to call on the family at Higgins and Bonner Echo Lake Funeral Home, 582 Springfield Ave., Westfield, NJ on Thursday, November 3, from 3:00pm - 8:00pm. A funeral mass will be held at St. John the Apostle, Clark, NJ on Friday, November 4, at 10:00am. In lieu of flowers the family requests donations be made to St. Joseph Social Service Center, Elizabeth NJ (http://www.sjeliz.org). 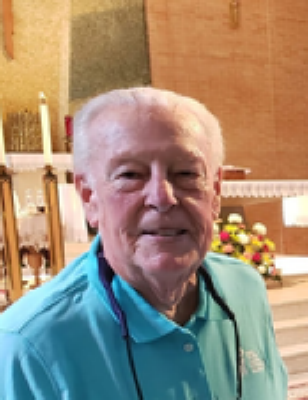