Share a memory
Obituary & Services
Tribute Wall
Read more about the life story of Alfredo and share your memory.

Alfredo Morino passed away unexpectedly on January 7th, 2023 at the age of 74.

Alfredo was born in Nice, France on February 28th, 1948 to Grace Ruiz. His sister, Nury, and him grew up in Roselle Park, NJ. He had a love for soccer and playing the guitar. He toured with a band in his early 20s while he studied Engineering at Kean College. He started a career in construction management and had two children, Gregory and Stephanie. They enjoyed yearly vacations to Wildwood Crest and Disney World as well frequent trips to Monmouth Park. He also had a love for horses and was a proud owner of a winning horse at Saratoga Racetrack.

Alfredo met his loving wife Nilsa at Teixeira’s Bakery in Newark, NJ. They were married for 29 years and enjoyed spending holidays and vacations with their children and their families.

Alfredo was a selfless man who felt joy by seeing everyone happy and providing for his loved ones. He would often share stories, tell jokes, and give great advice. He was the rock of our family and will be dearly missed.

Alfredo is predeceased by his mother, Grace Ruiz, and survived by his wife, Nilsa of Newark, New Jersey. He was a devoted and loving father to his son Gregory Morino, his daughter Stephanie (Nicholas) Hristofis, his stepson Wemerson Braga, and stepdaughter Kelly Braga (Seliomar DaSilva). He was an amazing grandfather to 13 grandchildren, Vinicyus, Mathew, Anthony, Brandon, Ava, Ayden, Christian, Samantha, Aryana, Scarlett, Dylan, Alexis, and Niko. He was an adored brother to Nury (Dennis) Tanner and wonderful Uncle to David Battito, Nicole (John) Calavano, Michelle Battito, and Justin Tanner. He was also a great friend and neighbor to many.

Visitation Services will be held at Higgins and Bonner Echo Lake Funeral Home, 582 Springfield Avenue in Westfield on Wednesday, January 11th from 4pm to 8pm. Mass will be held on Thursday, January 12th at 10am at the Church of the Assumption, 113 Coolidge Place in Roselle Park. Interment to follow at Fairview Cemetery, 1100 E Broad Street in Westfield. 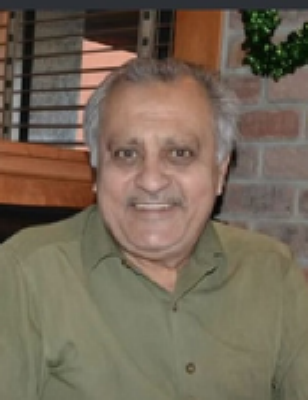